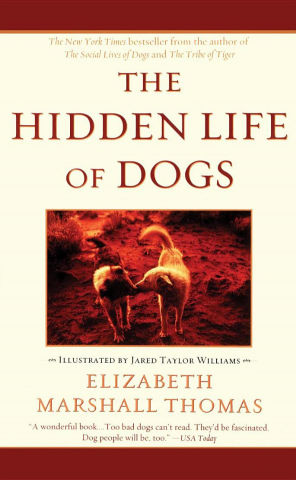 Reading a book on dog psychology might qualify one as a genuine escentric. However writing a book on it is taking things to the next level. 🙂

In writing this great book Elisabeth Marshall Thomas logged over 100,000 hours of research watching dogs. She even went so far as going up north to observe a wolf family during days with 24 hours of sunlight.

Here were some of the notes I took based on the book.

Hierarchy & it’s a dog eat dog world out there…