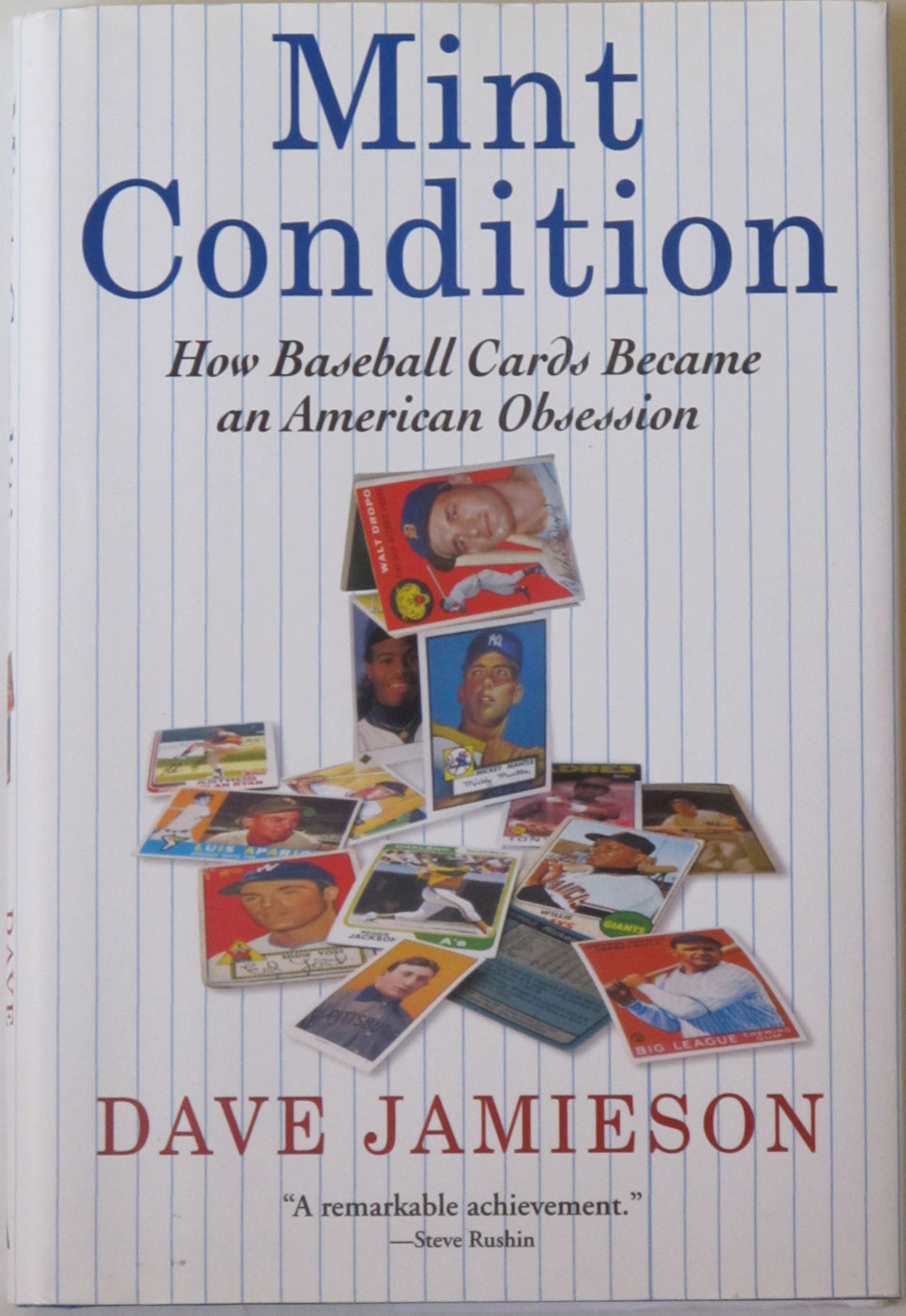 I recently finished reading Dave Jamison’s Mint Condition. If you ever collected baseball cards, I highly recommend reading it. Here is an excerpt in Slate.

Why Baseball Cards Were Huge for Me

A lot of what I know about marketing comes from my experience with baseball cards, seeing things like:

Ignorance of the Bubble

Ironically, even though it is obvious it was a huge bubble, I never realized or appreciated it at the time, in large part because…

Notes on the book / things I learned

Here are some of my notes from reading the great Mint Condition book. The amount of research Dave Jamison did is unbelievable. I can’t believe how much I didn’t know about something I knew so much about…

You Can’t Even Give them Away!

An example of the poisonous & treacherous (treasonous even?) behavior that was common in the early 1990s is well exemplified by O-Pee-Chee Premier. They launched as a premium brand & cost something like $3 a pack (maybe 4 or 5 when they were at their peak)…and this is in 1991 when the Dollar was worth about double what it is today. 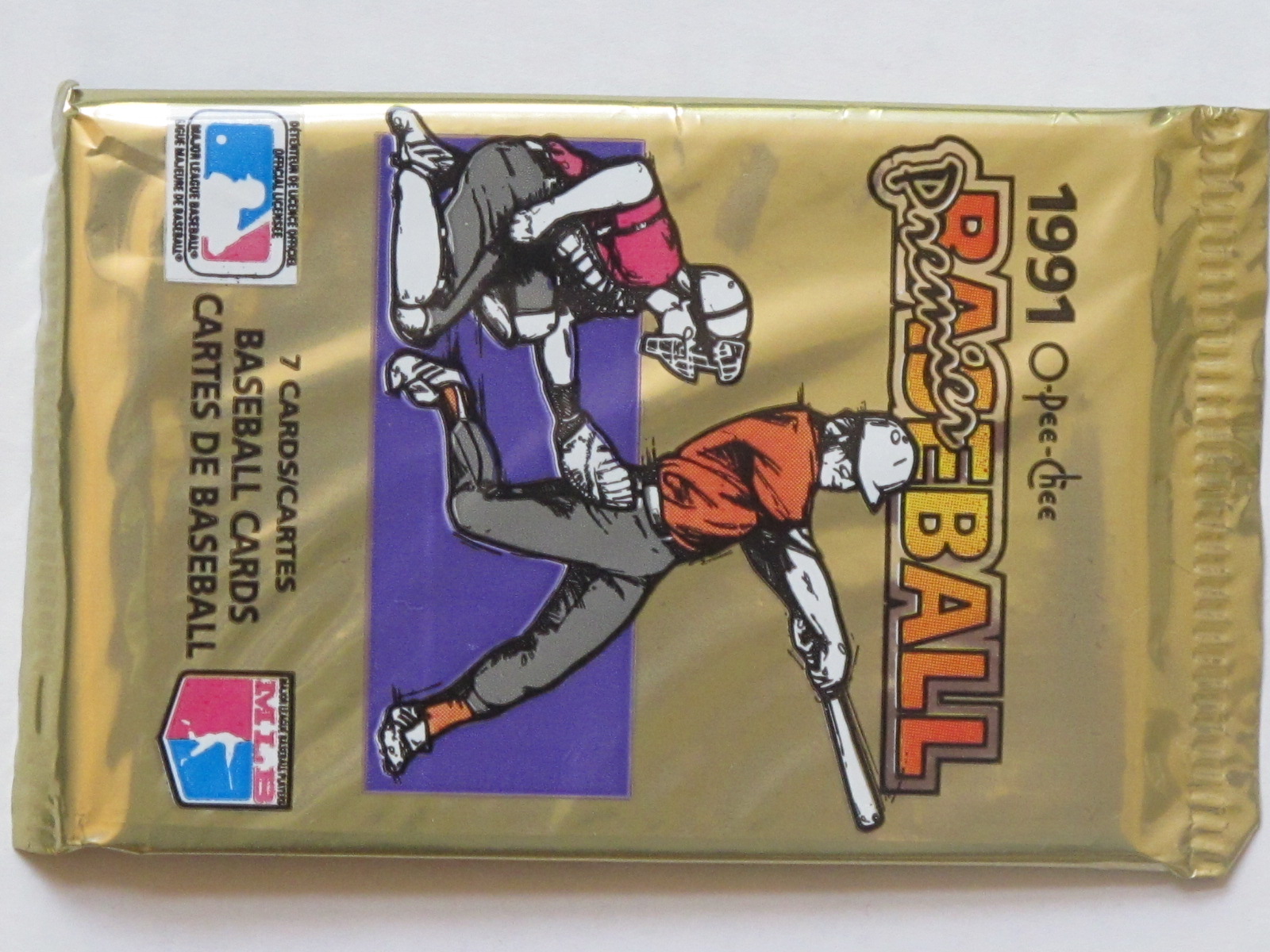 Anyhow they got rubes to buy boxes full of those packs. 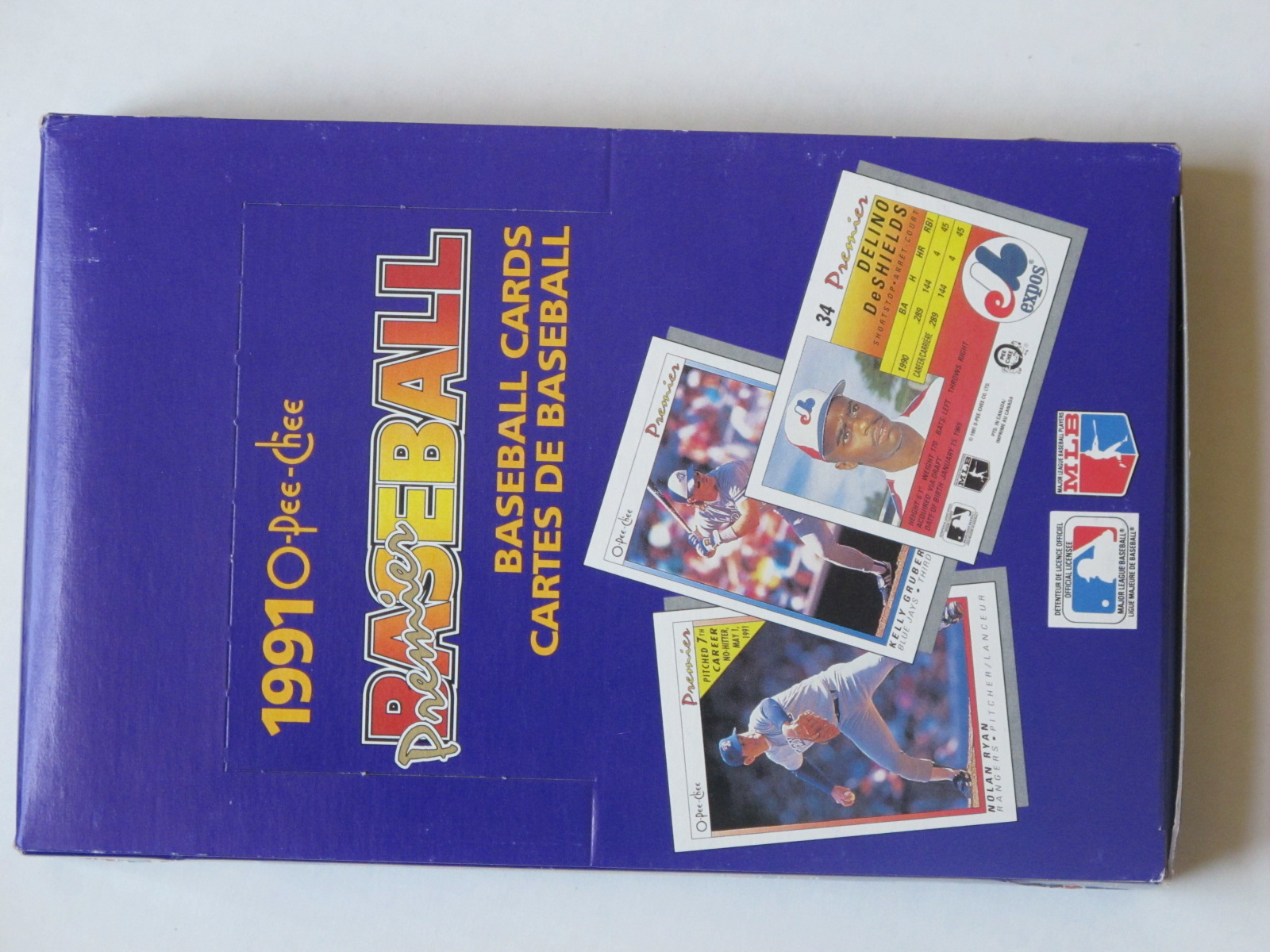 Then after they got a lot of people to buy into the alleged value & scarcity, the bastards printed out loads and loads of complete sets, utterly destroying the value of those cards. 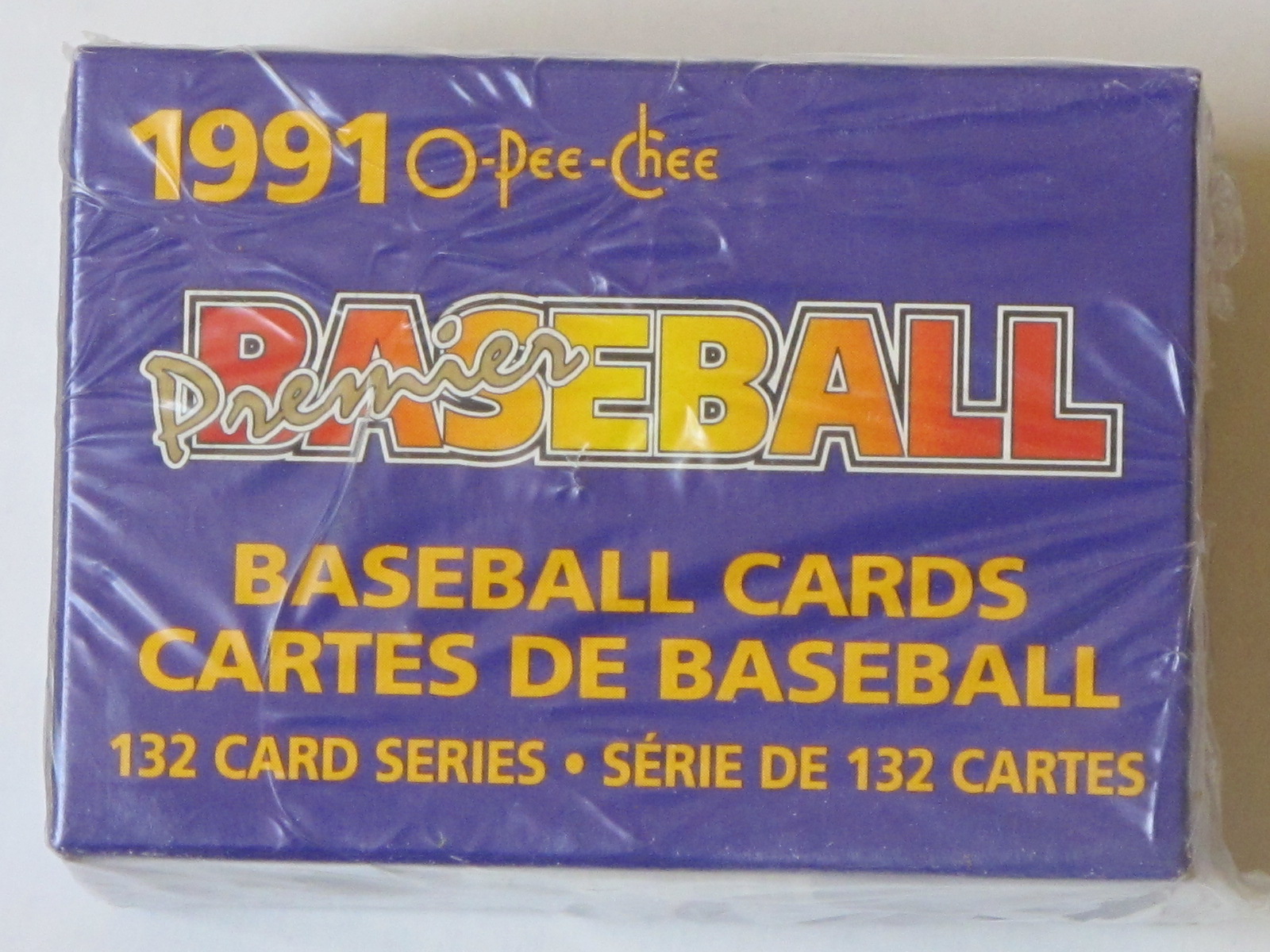 There isn’t a single card in that set that goes for over a quarter (unless you spend money to have them graded, but even they they will likely go for less than the cost of grading :D) . The 2 box set was something like $20 with free shipping on eBay & if you back out nostalgia, that too was paying too much. For most of these listings which set the shipping price closer to its real cost the shipping is far more than the product, often by a factor of 2 or 3 to 1. 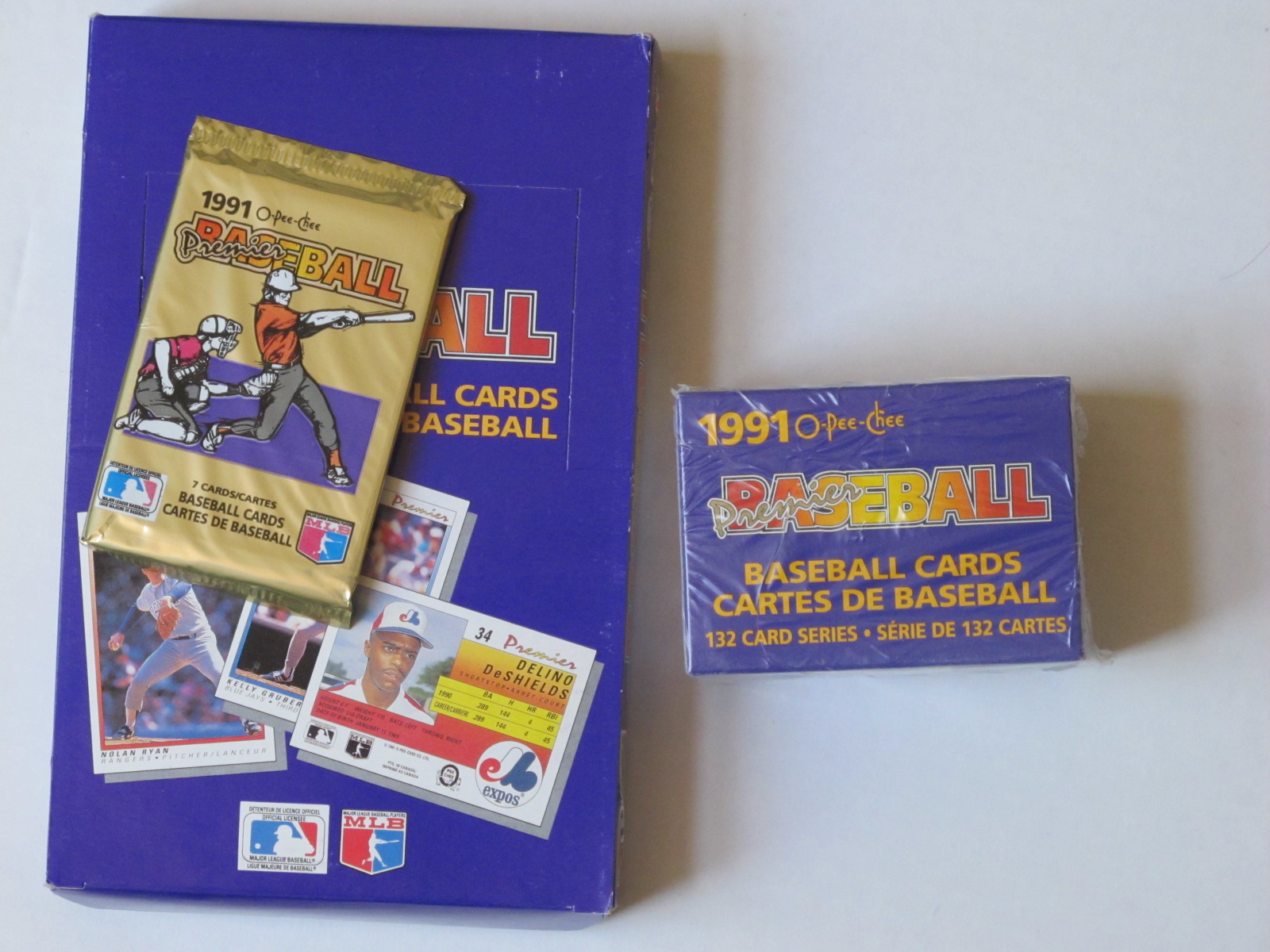 Indeed those cards did not hold up as well as vintage cards have.

Of course I am not mad at O-Pee-Chee for their opportunism & exploitation. That was the name of the game back then. I wouldn’t have bought the above for good memories if I didn’t enjoy them in the past. And the marketing lessons I learned from baseball cards were easily worth thousands of times what I spent buying them (especially as my hobby became more than self-financed but a profit center after I started selling them during the last couple years of high school). 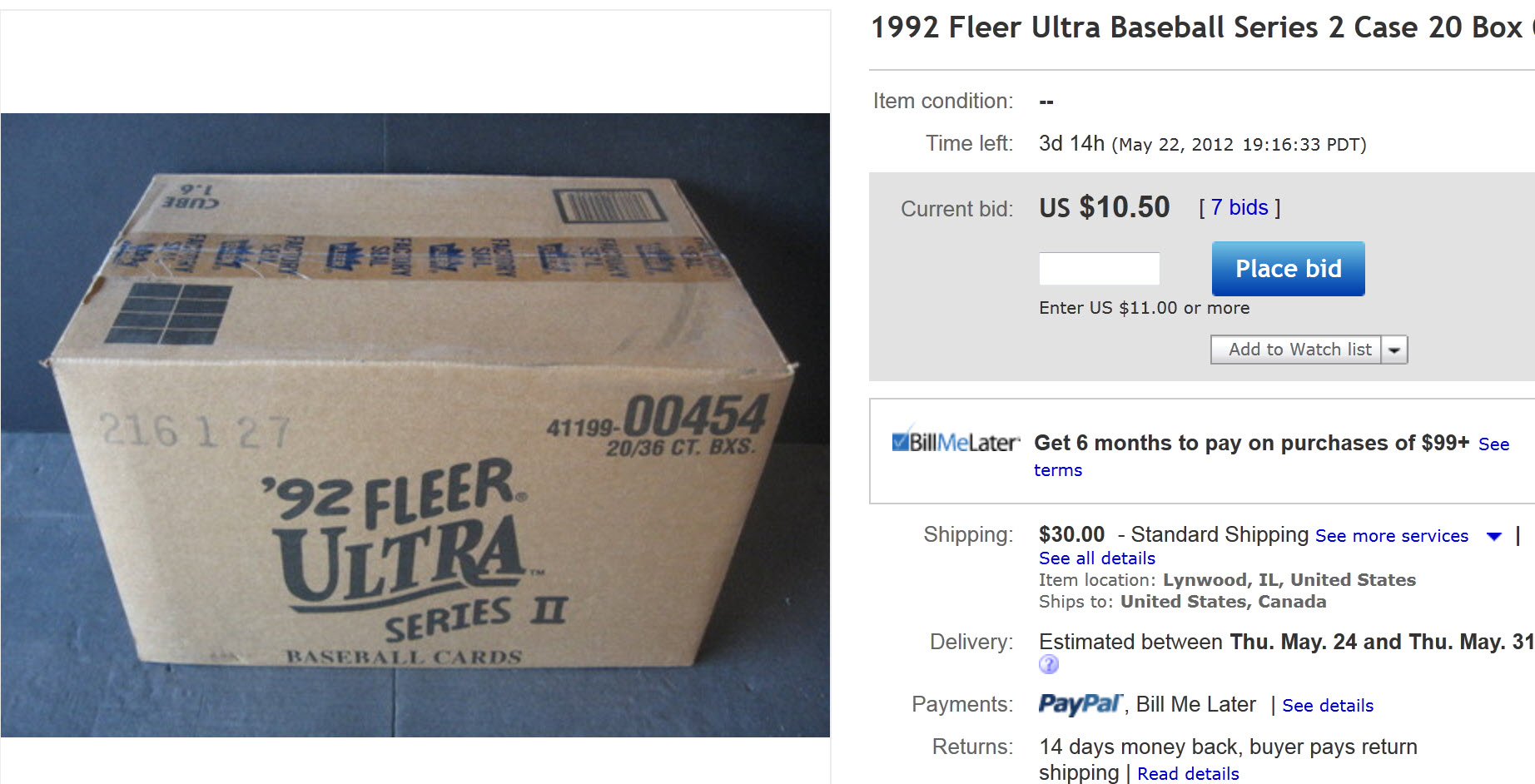 And here are a bunch of “scarce” Frank Thomas chase cards that now sell like low priced regular set singles. Some of these suckers had a $40 book price & this was back when the Dollar was worth about double what it is today.

If you think those $1 to $2 prices look bad, then the 40 cent ones must look ugly

The reason for such a decline include…

And it wasn’t just the later insert cards or regular sets that got hit…even the Frank Thomas Leaf rookie can be bought graded PSA 9 for $17 in eBay auctions (and about half that fee is the cost of getting it graded).

Even the “ultra scarce” inserts that contain a piece of jersey and/or an autograph are often valued at next to nothing. Here is an image of a recent eBay auction where a 34 lot group of such cards (with many stars included) went for under $2 per card. 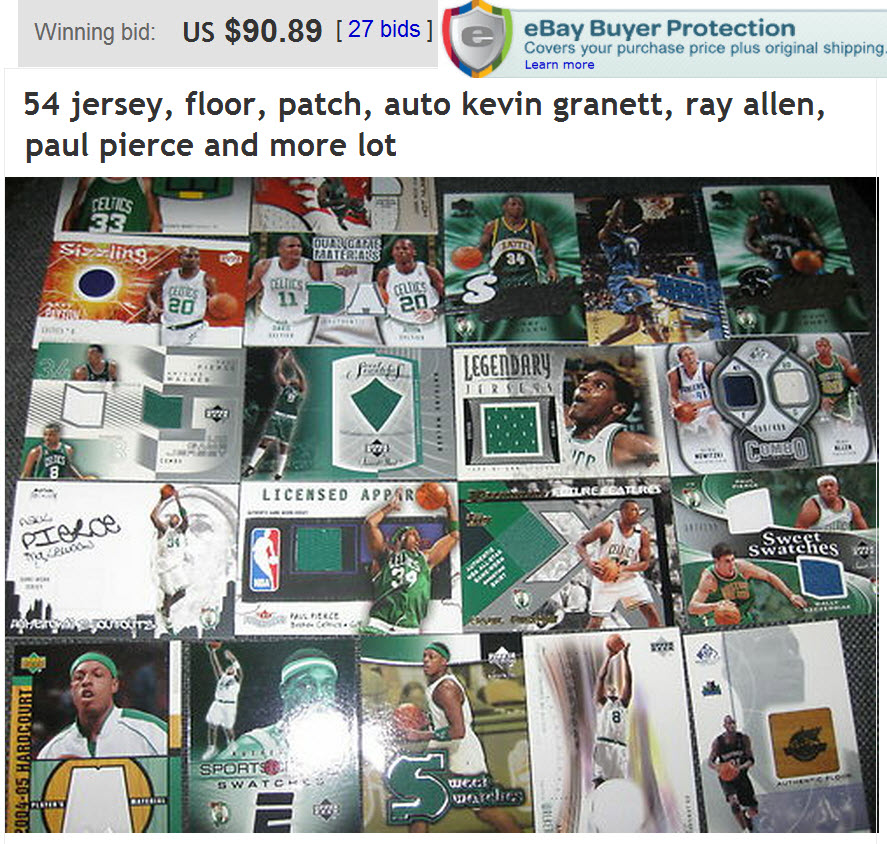 When you consider the cost of getting an autograph from a player, the logistics of shipping, the cost of buying game-used jerseys, and the more expensive manufacturing process, those cards had to have cost the manufacturers over $3 each to create. And those are the key cards…the lotto tickets you hope to land. So the hobbyist who was paying $3 per pack on the hopes of finding such a gem got royally screwed if they considered it anything but a hobby.

The scarcity craze was driven directly by the over-production. Back in 1992 it seemed like you had to buy box after box after box of Donruss to score a Donruss Elite card (I believe they were seeded about one per 720-pack case). Those card were limited to a print run of 10,000 & now trade at around $10 to $20 on eBay.

In 1993 Topps introduced Finest, which was an ultra premium line limited to 4000 6-box cases. The packs sold for about $20 to $25 each & refractor cards were seeded to about 1 per 9 packs in an 18-pack box, giving them a print run of 241. The refractors looked so similar to the regular cards that many people could not tell them apart. 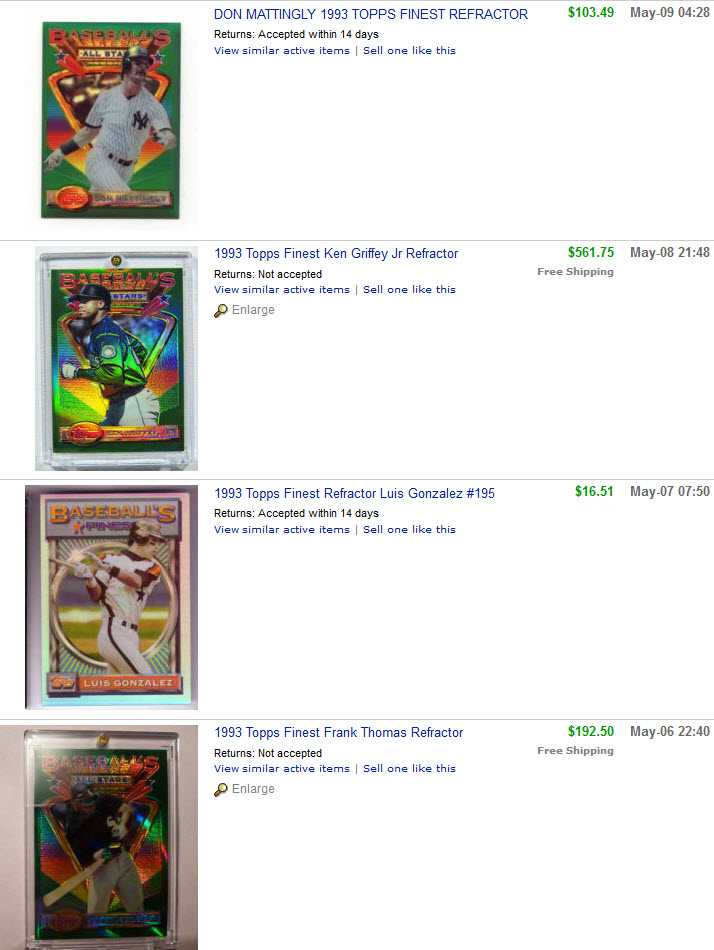 My modest refractor gains (outside of the small Jordan & brutally huge Chipper losses) help heal a bit of the O-Pee-Chee Premiere wounds. But the marketing lessons behind all this stuff (the value of organization, the value of scarcity, riding trends, getting off the trends) were worth far more than the gains or losses by orders of magnitude.

Some great sources for baseball cards include…

It can be valuable to look at multiple locations when buying & selling because some spots might have far cheaper shipping prices & others might be priced low enough that you can easily arbitrage from one platform to another.

On the ridiculous front with counterfeits, below are some of the things for sale on iOffer (similar products likely exist elsewhere) 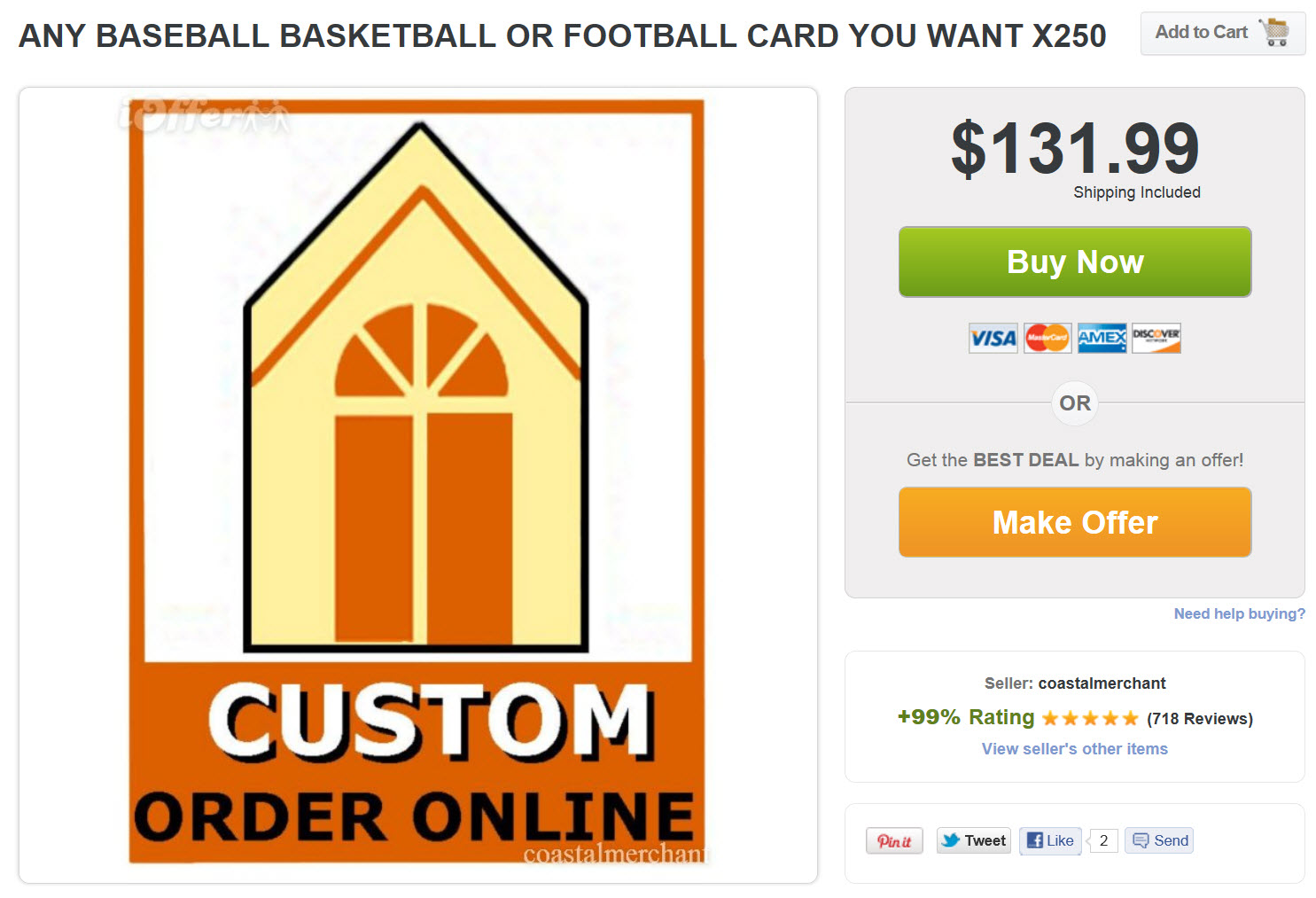 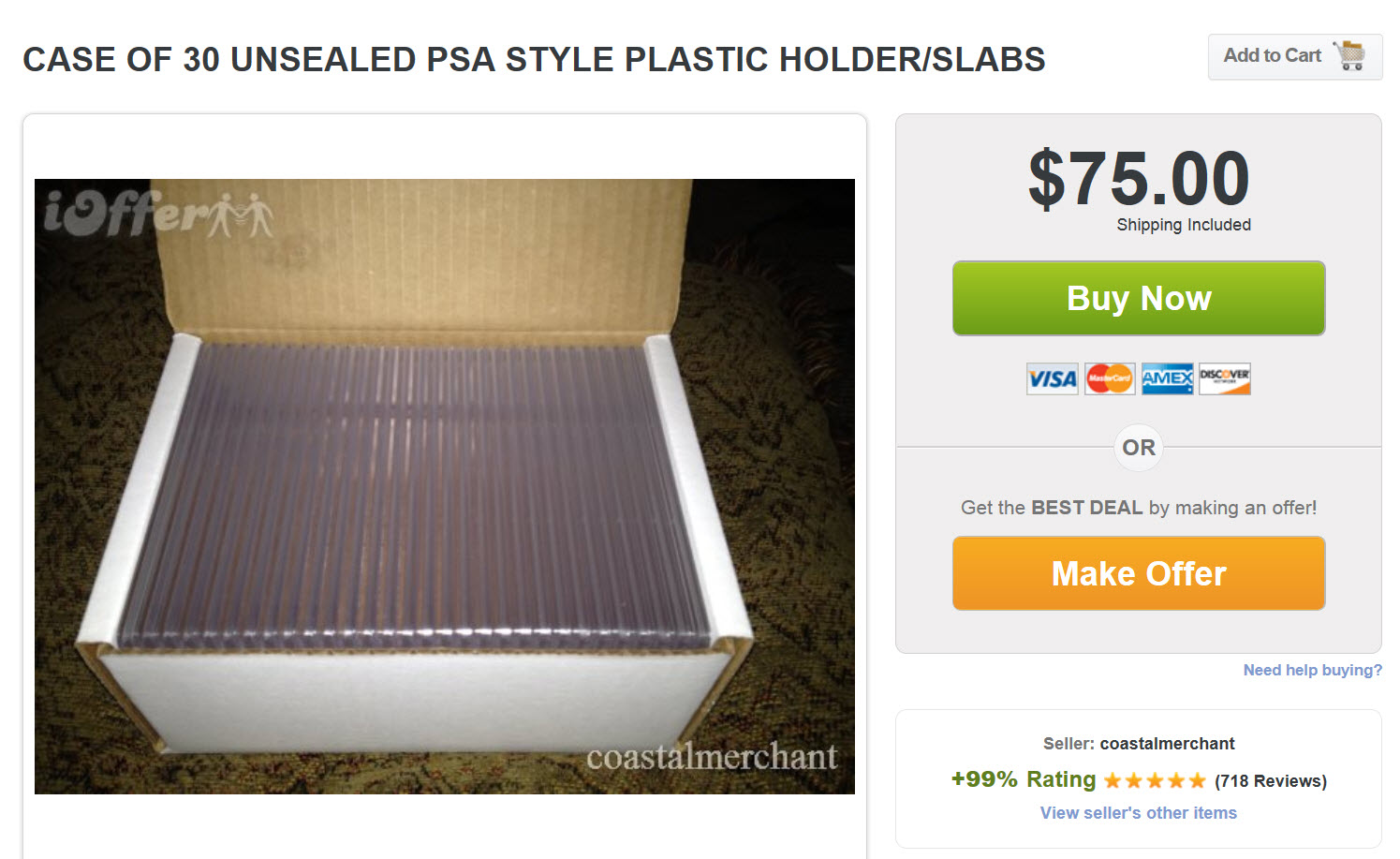 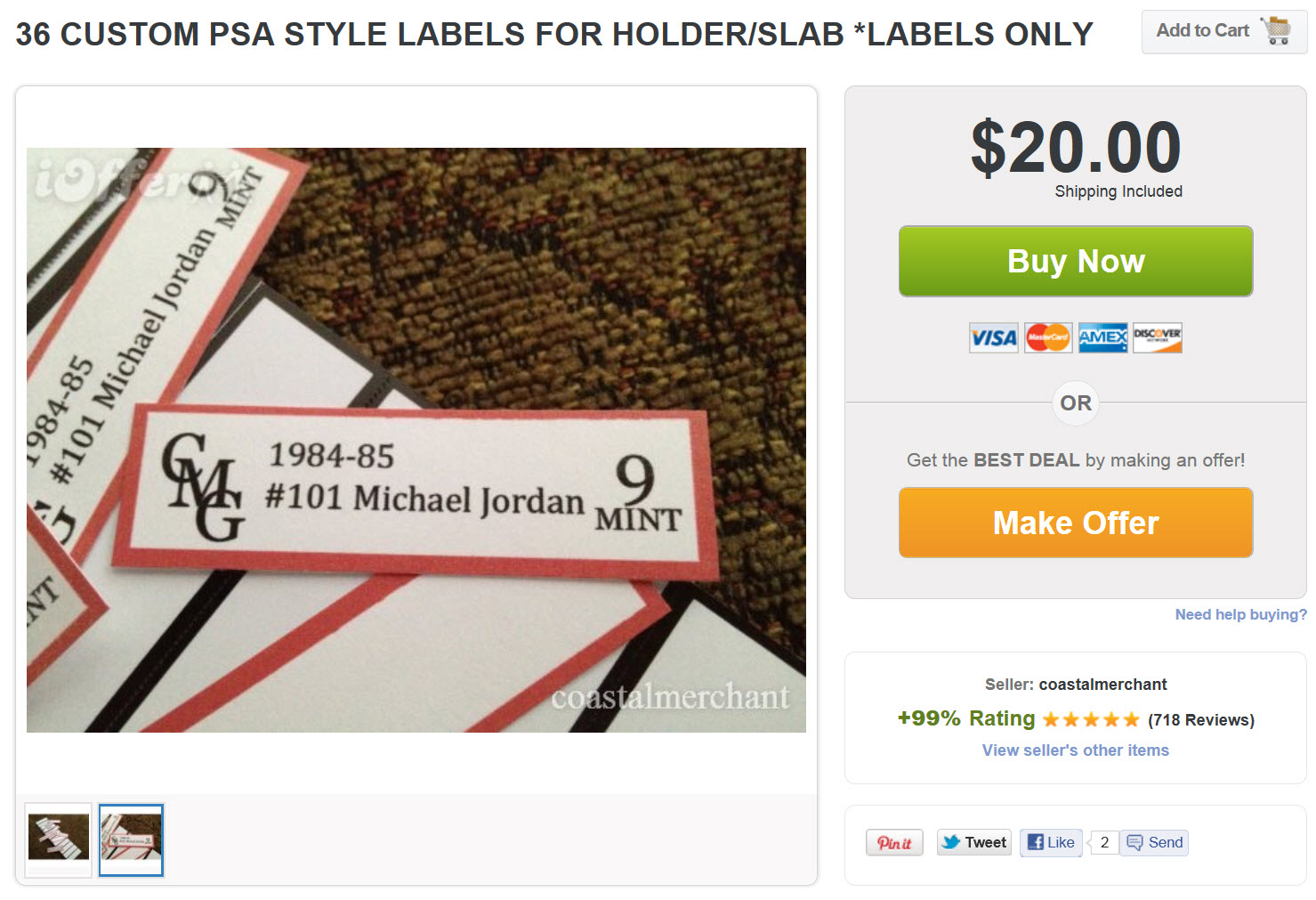 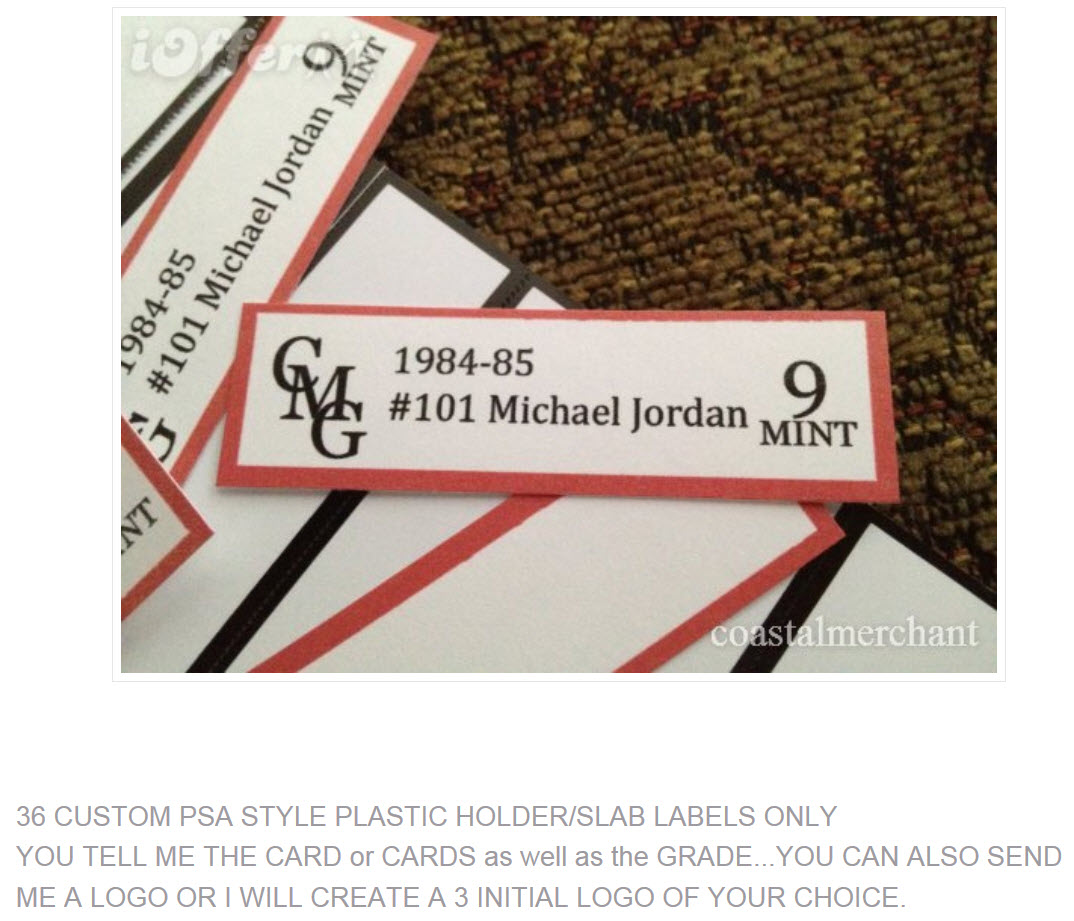 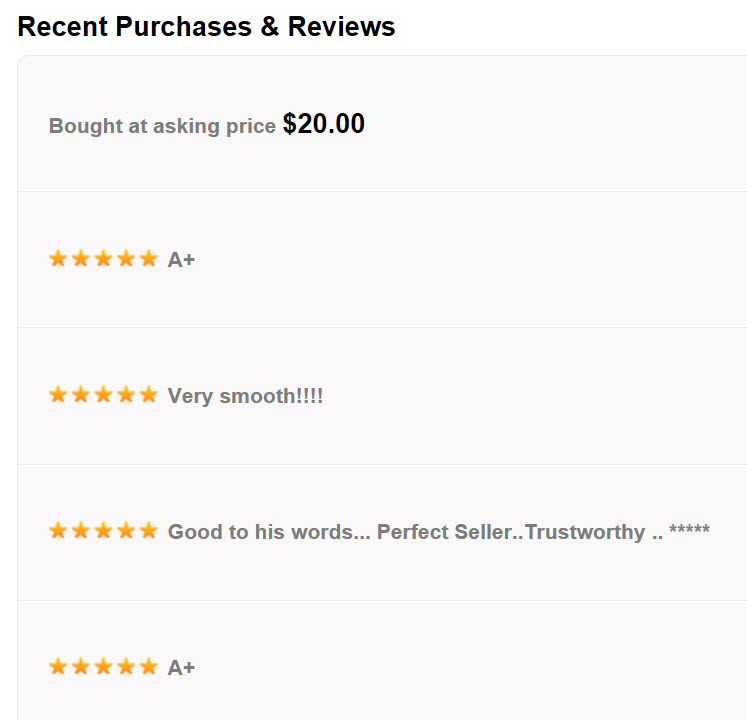