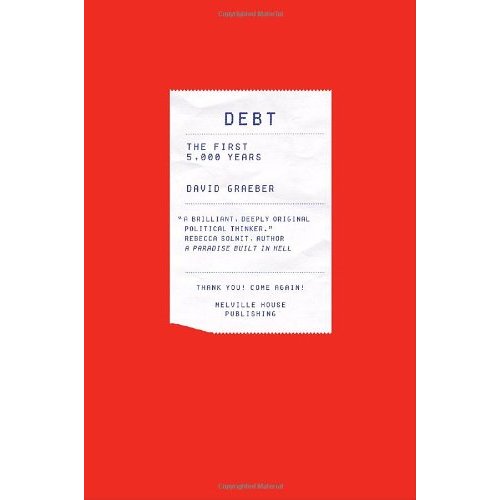 Anthropologist David Graeber is brilliant & I must have bought at least a dozen copies of this book for friends and family.

Normally when I read a book I generally try to share all the highlights I made in it, however I highlighted so much of this book that it is hard to even share a small fraction of it. The book is about the history of money & debt. It largely has the goal of debunking modern economic ideology & thought by showing how flawed, dishonest & incorrect much of our economic beliefs are & how diverse our history has been…with the hopes of making our minds open to a broader array of opportunities in the face of current economic crisis.

While this is one of my favorite books I have ever read & I can’t share all the stuff that I thought was great from it, here are a few bits (at least as I understood them)…

This review on Amazon.com is quite good.