I have been relentlessly harassed by the assholes who work for Jefferson Capital Systems.

I found a way to block their phone number – 1 8332267972, but not before they called over a dozen times with sometimes there being a call a day.

Sometimes you can’t really trust the Google reviews, but sometimes it is hard to disagree with them. 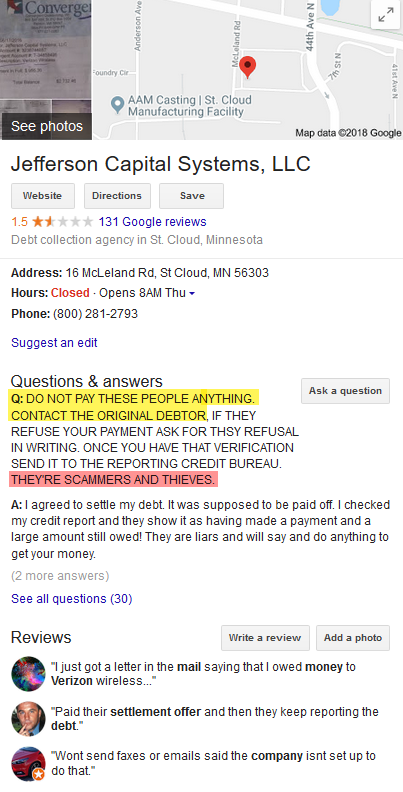 They would never say what their business interest was, but some guy using a thick Indian accent kept calling demanding if he knew he was talking to Aaron Wall and the most he would say was that he was from Jefferson Capital Systems & had to discuss a personal business matter.

While visiting the address they have on file I noticed a letter from the dirtbags and was curious what it had to say. So I opened it up and it is a debt collection letter for Verizon Wireless not for Aaron Wall, but for Aaron Pared. 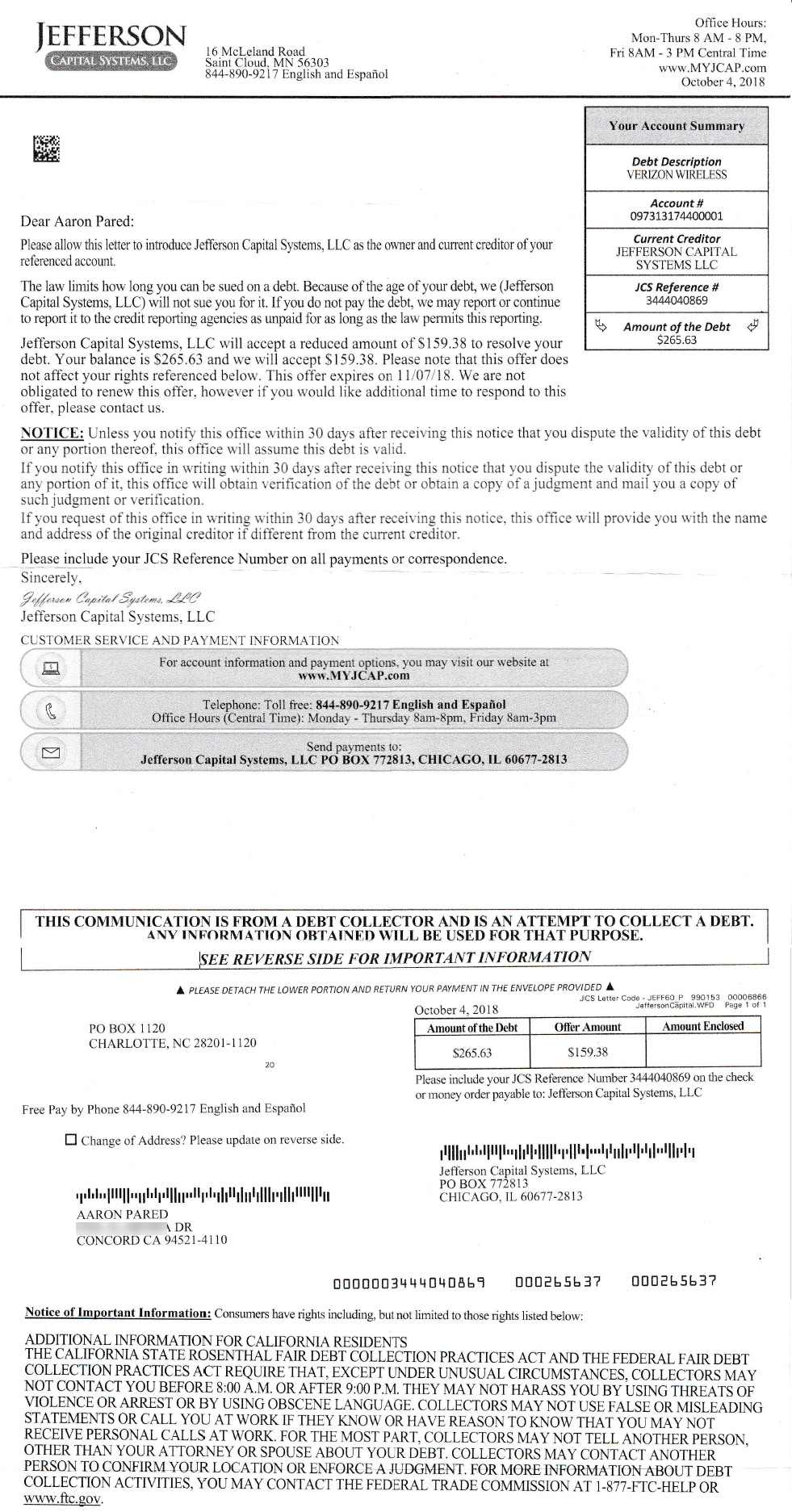 So it seems as they are planning on harassing me FOREVER for a(n alleged?) debt some other person owed that they paid perhaps pennies on the dollar to buy collection rights for.  If they can’t sue for collections because a debt is so old then they must not have paid much for it.

Because the age of your debt, we (Jefferson Capital Systems, LLC) will not sue you for it. If you do not pay the debt, we may report or continue to report it to the credit reporting agencies as unpaid for as long as the law permits this reporting.

They won’t be getting a cent out of me for whoever the hell Aaron Pared is.

They keep calling a Ting cell phone number for a Verizon bill. And before I had Ting (for many years) I previously had Sprint for many years.

And they are absolute dirtbags for converting Aaron Pared into Aaron Wall and then filing the debt on my credit reports.

If Jefferson Capital Systems filed a fraudulent debt on your credit report you can go to AnnualCreditReport.com and dispute the charge with the 3 major credit rating agencies: TransUnion, Equifax & Experian. The process will involve some credit monitoring upsells that you can decline, but the ability to challenge the bogus debt claim is free.

If they do not remove the debt, file a complaint with the CFPB.

If they are bogusly harassing you, filing a complaint with the CFPB means the phone calls stop & it can also mean your credit report is quickly fixed.